In the early 1970’s, television was king and a young playwrite named Neil Simon -fresh off discovering that live theatre provided virtually no cultural enrichment to anyone…ever- wanted in. 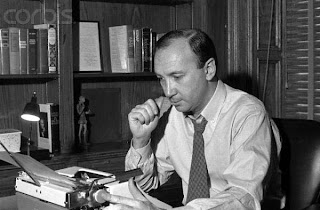 While attending (serving at) a lavish Hollywood party, Simon lucked into a chance meeting with a man named Jim Henson. Henson was a puppeteer beginning to take the world by storm and determined to change the way that showbiz felt (FELT! Hah!) about his craft. 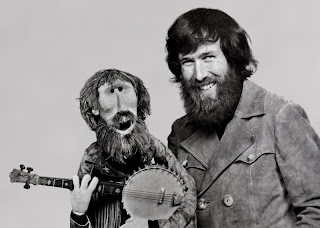 The two began to talk and soon discovered they had something in common; they both just knew they had a story to tell but weren’t sure how to break into the business. They decided that the one element they were each missing, was each other.

Neil Simon had to date, only created a single character; a half developed, slovenly man name Oscar Madison from his one man broadway show “The Odd Guy” Henson on the other hand had created a virtual world filled with colorful characters. Each one more spectacular than the last and filled with more life than even your most realistically built actor. There was one character though that was destined for greatness. A green star in the making who would become as iconic as greats like Mickey Mouse! Bugs Bunny! Even Ed Grimley!! A character that would be forever tied to the legacy of Mr Henson. This character was, of course, Oscar the Grouch.

Simon had always wondered what his dialogue filled production about the interpersonal relationships of a recently divorced man trying to make his way in the world, would have been like with more than just one character…and thought that Henson’s lovable, trash can dwelling grouch might be just the guy to bring balance and stardom to his creation. After some quick television series development -which, as you probably know, is a very quick and smooth process, usually lasting only a matter of hours- A brand new, sure fire hit TV show was born! And on Tuesday September 24, 1974 viewers everywhere caught the very first episode of “The Oscars”

The show began with the following narration:

On November 13, Oscar The Grouch  was asked to remove himself from his place of residence; that request came from Gordon. Deep down, he knew that Gordon was right, but he also knew that some day he would return to his trash can. With nowhere else to go, he appeared at the home of his friend, Oscar Madison. Several years earlier, Madison's wife had thrown HIM out, requesting that HE never return. Can a divorced man and a furry green puppet who lives in a trashcan shaped portal to an alternate dimmension share an apartment without driving each other crazy?

The setup had the potential to be entertainment gold. Two people who’s lives were turned upside down suddenly thrown together. One was a curmudgeonly grump who seemed to prefer living in filth living in his own garbage, who angrily rebuffed any outside attempts to better his hygiene or his attitude…and so was the other one! Could these two identically acting men ever learn to get along?

It turns out they could. They got along perfectly from episode one and their friendship grew as fast as the piles of garbage in their Manhattan apartment. The always bloodthirsty American TV viewers, after realizing that the show presented to drama or conflict whatsoever, soon turned on the show and after only seven episodes, NBC pulled the plug on “The Oscars”

However, out of the ashes a new show would be born. The idea was simple. Take the basic premise…two bachelors living together in a New York apartment. But make them different! One fun loving, one stuffy! One Messy, One Organized! Fill the show with conflict and the ratings would explode! 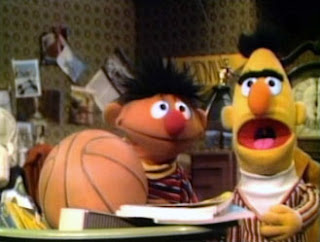 And explode they did As Burt and Ernie, the Odd Couple finally brought Jim Henson the stardom he was destined for! 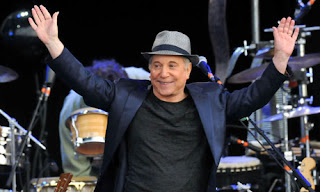 While not the respected script master he had hoped to become, Neil Simon had finally achieved happiness. Simon and SImon could often be seen, cruising the streets in their muscle car, solving crimes and blasting the latest single “Bridge Over Regular Water” By Rock Superstar Art Garfunkel! Their adventures were often punctuated by hilariously snappy dialogue, nearly half of which was actually improvised by Neil Simon! 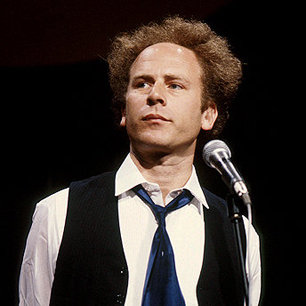 Meanwhile! at the League of Extraordinary Bloggers Headquarters (I really hope you guys read that in the voice I write it in)

Brian at Cool and Collected wants to know if they can go back and give Argo something called "Super Best Film..."

Victoria, The Henchgirl turns the 5 kinds of Oscar Winners into all kinds of good blog reading!

Tommy at Tophat Sasquatch Wins my award for post of the week with his very rad Action Figure Oscars!
Posted by Claymation Werewolf at 9:01 PM