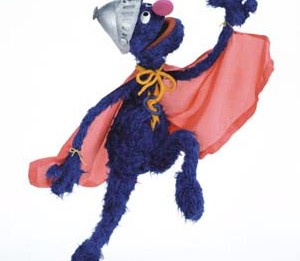 These days everyone is talking about heroes. Everything from powerless real world vigilantes, to big budget comic book superheroes, on the big screen. The costumed crusader is all the rage in America. But what about those that fall into the gray area? Heroes who are actually out there, on the streets making a difference and doing so with powers that most people consider the stuff of fantasy! 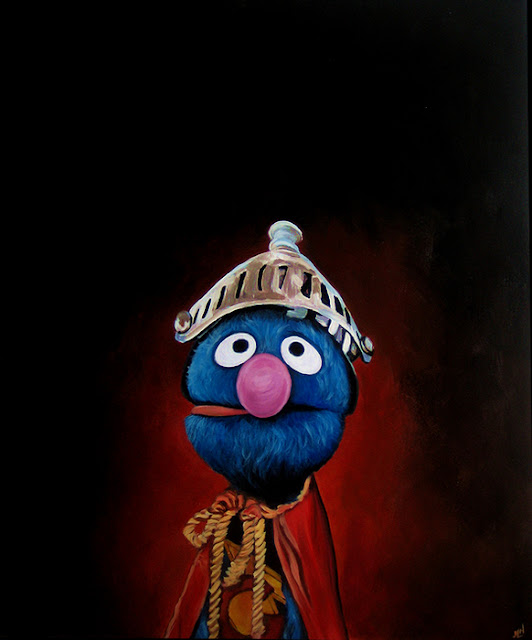 Today I have been given unprecedented access to one such, real life super hero; that champion of Metro City, Super Grover. Reporting for National Puppet Radio, I’m Rhett Kahn.

After about an hour of Super Grover trying to assist me with things like crossing the street and buying a gallon of milk (all of which he did shockingly wrong) I was finally able to convince him that I was a reporter. The reporter. The one that spoke to him on the phone earlier…about the interview that I was trying to do. He stared at me in silence for about 5 minutes before he finally “got it” but after he did we were on our way.

“Well, you never really get used to it…the random interactions, the constant cries for help…even getting the strength to run through my paper logo every day, can really take it out of you. And in between everything else I have to make time occasionally to fight for truth, justice and the furry blue monster way!”

“Every day, every night I patrol, handing out my own kind of justice to bad manners, forgetfulness and confusion whenever they make the mistake of crossing my path.” 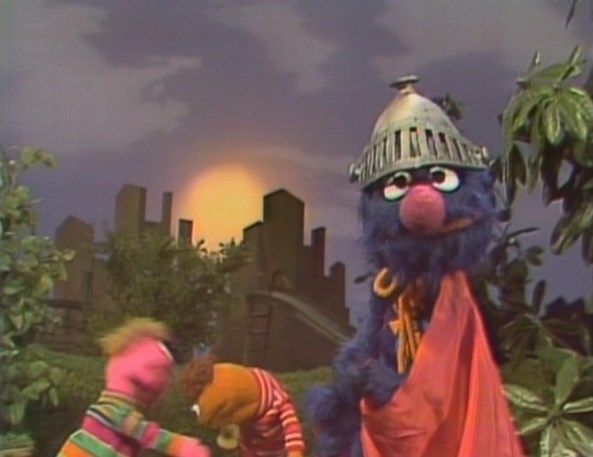 I tell him how much I admire his desire to help those around him…to overcome these problems.

“No, no my friend. You see, this is not your precious real world, with it’s metaphors and abstract concepts. That is not how things work out here on the mean streets of PBS. What I mean is that hideous, monstrous, living embodiments of these things are out there; threatening to attack the proud citizens of Metro City and I, Super Grover! Am the only one who can stop them!”

“The life of a sentry is not an easy one….even for someone as vigilant, fearless, ruthless and adorably furry and blue as me! This helmet isn’t just for looks kid. There have been nights when I absolutely got the stuffing beaten out of me, but I always won in the end. Justice…has to win.” 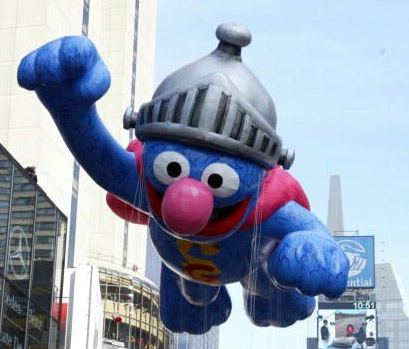 I suggest that instead of speaking into the electric meter, talking into the microphone that I’m holding might allow him to be heard more clearly you know when he’s on the radio.

Super Grover seemed taken aback. “You mean I, Super Grover! Am going to be on the radio??”

I once again, explain to him that yes millions of people are excitedly waiting for him to be on the radio.

“But you see this is quite impossible. There is no way that I could be on the radio, I am much to large and the radio would surely become broken…I could not live with myself if I broke your radio, and with so many people watching.” 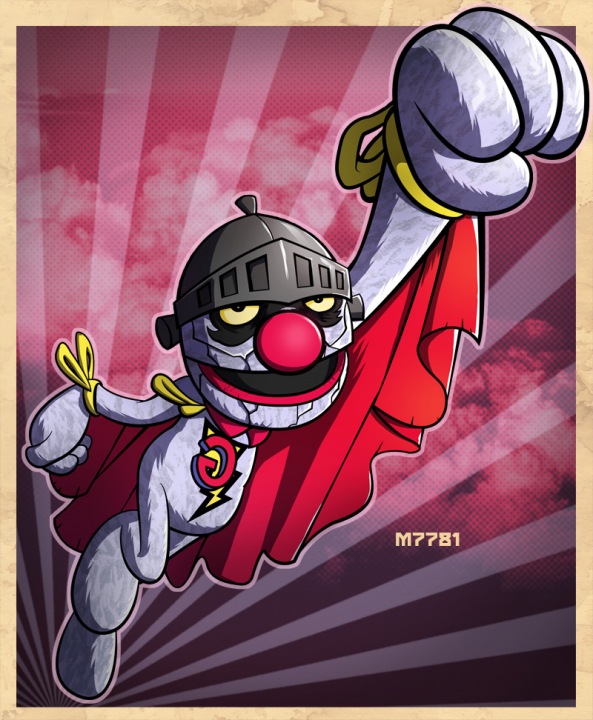 I take off my glasses and rub the bridge of my nose in a classic (and hilarious) straight-man reaction shot.

The rest of the interview continued on in this fashion and slowly I began to realize that this hero might not be the sharpest tool in the shed. Sure, we all owe him a debt of gratitude for his long public service and the responsible way that he roughs up two-bit thugs on a regular basis, but in terms of an interview he might not be what this reporter was looking for. After all, everyone knows that public radio and public television is staffed with nothing but the smartest and most sophisticated members of society and the people we feature need to be of that caliber. 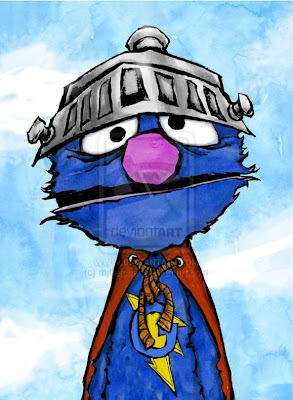 Snapping to attention Super Grover suddenly pointed behind me, shouting, “What is that! Why it is a giant, talking lobster!!”

I quickly turned scanning the skyline in an attempt to spot the creepy crustacean but it was no use. Try as I might, I couldn’t see it anywhere. And when I turned around the super powered Muppet was gone. In his place was mild mannered, ace doorknob salesman Grover Kent a very un heroic furry blue monster, different from Super Grover in every possible way. 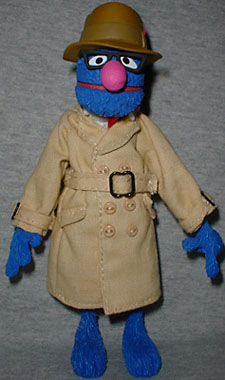 And so, after buying a large order of doorknobs (he really was quite the salesman) I began to make my way home, proud to have been able to meet a hero such as Super Grover. And it is a comfort to know that somewhere out there, he watches…ever ready to spot crime and to stop it. Making the streets just a little bit safer for the rest of us. Unlike Grover Kent, who, when last I saw him was trying to sell doorknobs to a phone booth. What a weirdo. 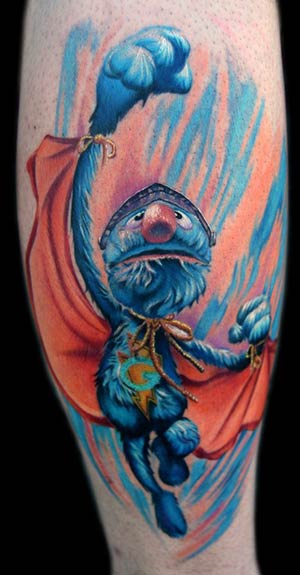 Posted by Claymation Werewolf at 11:45 PM