Where All My Old People At?

First posted on May 7th, 2012 on The Cold Slither Podcast - CW post link 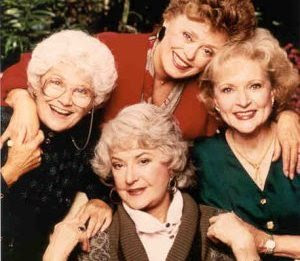 I have just made an earth shaking discovery guys, I don’t know if you’ve realized this but…..TV Sucks! I know what you’re thinking “CW you’ve gone too far this time! You don’t know what you’re talking about! There are many great shows on TV, such as: The Bachelor, Real Housewives, Dancing with the Stars, etc. There is an endless variety to American TV these days! We’ve got American Idol, The Voice, The X-Factor, The Singing Competitor, The Vocalist, The Songster…You know, something for everybody. How dare you say TV is bad? take it back! Take it back!”


Okay, okay, before you go all hysterical let me just say yes reality shows and teen soap operas are definitely educational and enlightening. I also don’t think anyone would dispute how spiritually fulfilling these shows are. The only problem I have is that they leave something to be desired in the entertainment department.

Have no fear though, I have not only figured out that TV sucks, I have figured out why! What we have here is a serious lack of old people shows. During the 1980′s, and 90′s this nation was treated to an extravaganza of sarcastic sharp-witted and usually crime-solving gray-hairs, and our television was never better!

Let me give you the first example, a little show called Our House starring Mr. Wilford Brimley. A gruff, independent widower living alone until he’s joined by his recently widowed daughter and her two teenage kids. The kids have to adapt to life in California and to the new “my way or the highway” rules from Grandpa and they all end up learning from each other and teaching us what family really means. 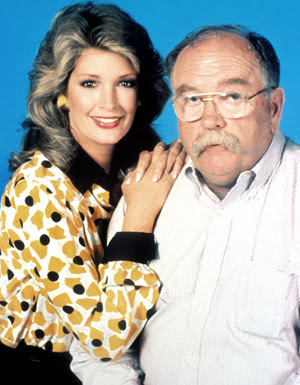 Later this show would be adapted to film in the 1987 movie, The Lost Boys in which a middle aged woman moves her teenage kids to California, to live with her widowed father and eventually take on the forces of evil in a bloody and terrifying (and hilarious) battle to destroy grotesque, blood-sucking vampires. The creators of The Lost Boys took a few liberties in adapting the show, however. In the movie, the mother only has two kids… 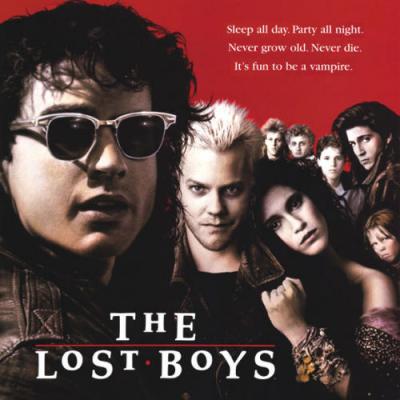 Soon everyone got into the act. Middle aged women even tried to capture that sexy senior siren look! Mama’s Family ruled the airwaves and soon young women where showing up in floral print dresses and curlers at soda fountains and discotheques all over town driving the boys crazy! 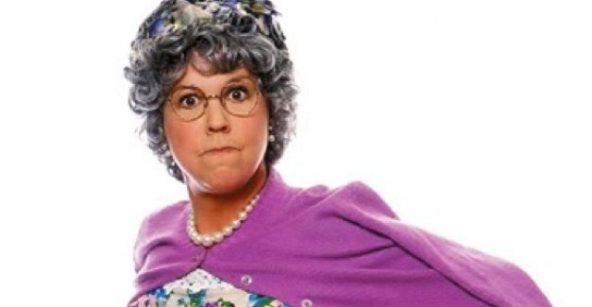 And do not get me started on Golden Girls, one of the greatest sitcoms ever imagined by man. Blatantly ripped off today by nearly every sitcom that has come along since. Golden Girls had writing that even now still holds up as hilarious, clever episode plot lines, and a cast made up entirely of sex symbols! Estelle Getty, Betty White, Rue Mclanahan, Beatrice “Bea” Arthur? What more could you ask for? A spin-off? You got it, How about ANOTHER show starring a stylish senior?


But don’t get me wrong, old ladies didn’t just sit around all day being laugh out loud funny and eating cheesecake! That would have of course been enough, but they were also expert sleuths. No modern day “CSI” could hold a candle to the crime solving powers of Mrs. Jessica Fletcher. Not even NCIS! No matter how red-hot Pauly Perrette is, Man did you see her in those opening credits? wow! Goth and goofy at the same time…such a sexy…umm.

Ahem… uh anyway, On Murder she Wrote, Jessica traveled the world having dinner parties with friends holding book signings and solving the murders that seemed to weirdly pop up each and every place the woman went. A little old lady (and world famous author) from a quaint new England town traveling around solving crimes made for dramatic perfection. The only change I would have made is in the last episode I think it would have been awesome if it was revealed that Jessica Fletcher was actually just a serial killer who used her crime writing skills to frame someone after each of her kills.

Old ladies weren’t the only ones solving crimes. A doctor played by Dick Van Dyke was an excellent detective sure he didn’t use the super cool mind control hoodoo that Jess Fletcher did, but we did a great job and didn’t even let all the patients he was losing bother him. 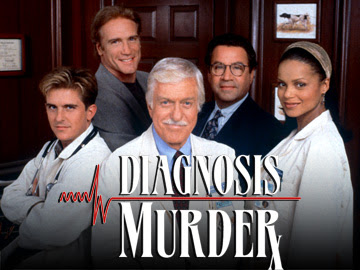 Even a priest solved crimes and with the help of a wisecracking, street wise nun! Could you possibly think of anything cooler? If you respond to this post saying you can think of something cooler than Tom Bosley as a priest solving crimes with a wisecracking, street-wise nun, then I say that you sir are a liar and I will end all associations with you…unless of course those associations benefit me. 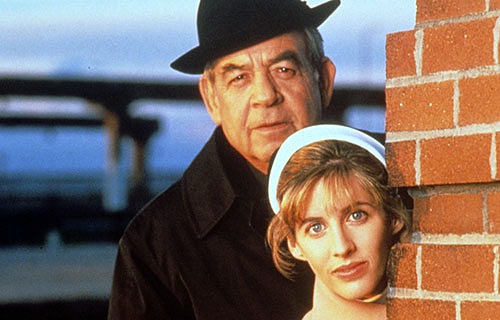 After our senior sleuths brought them to justice, with minimal help from the bungling members of actual law enforcement (after all, doctors, priests and mystery writers really were doing the lion’s share of real detective work in the 80’s), our geriatric giants of the law would prosecute them. And the combined legal minds of Perry Mason and Ben Matlock would make sure those bastards fried! Even if all they had done was steal a car…the law is the law. 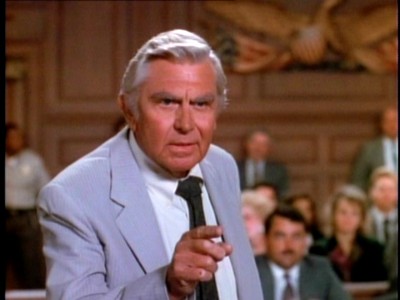 All this was just television! In movies, the elderly were leading a sci-fi revolution! Swimming in alien swimming pools and becoming immortal…. 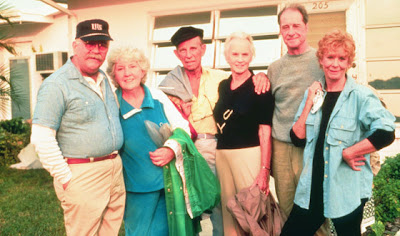 … finding and repairing tiny flying saucer shaped aliens who in the long run helped them repair the very lives they were living…. 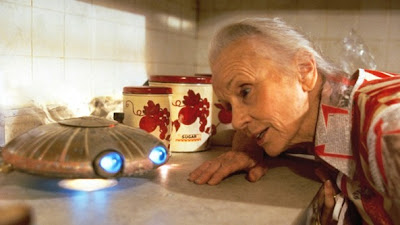 …and we all learned just a little something about ourselves along the way. At any rate we sure as hell learned stuff about Jessica Tandy!

In short I think it’s high time that the seasoned citizens returned to their rightful place in the spotlight of American pop culture! I am sick and tired of the beautiful people! They have nothing original to say… all the shows now are based on the lives of 20-30 somethings and I will say this only once WE ARE BORING! Bring back the blue haired ladies and the cantankerous old men. I want muumuus hair curlers and canes.

Where are all the damn old people at? 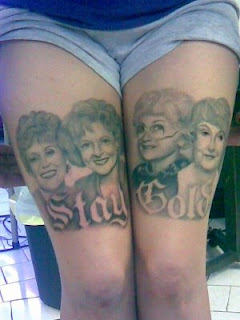 Posted by Claymation Werewolf at 11:29 PM